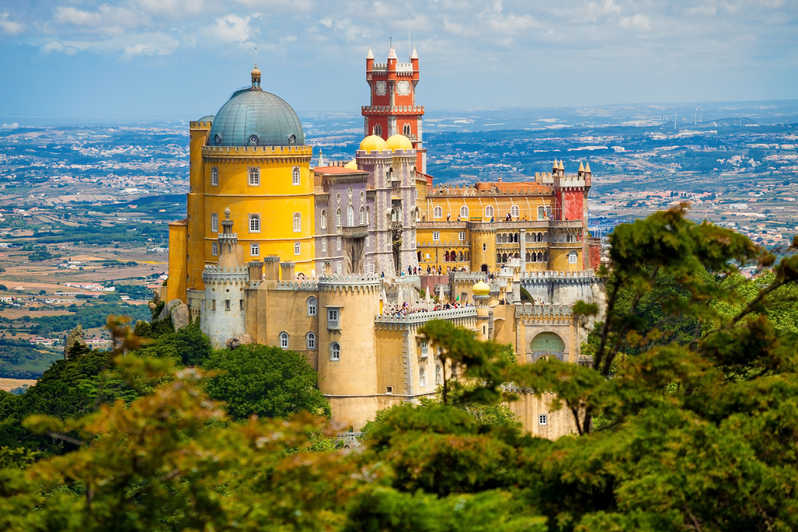 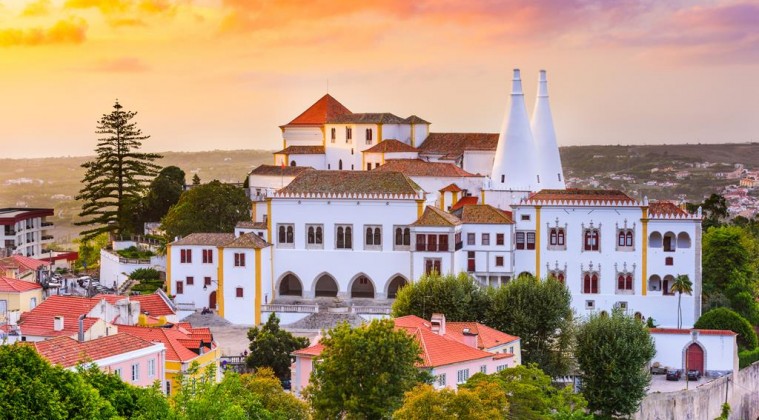 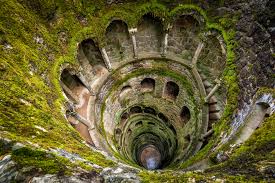 25 km west of Lisbon is the town of Sintra, which from ancient times was a favourite place for hunting and resting of royal families and nobles. The city and its hills are lined with fabulous palaces and fantastic villas that captivate visitors for centuries.

The Romans made this place as the cult of worship of the moon and called it “Cynthia” in honour of the goddess of the moon. They followed the Moors, who also fell in love with the lush vegetation of this locality, and built a castle on the hill, a palace and several fountains around the city. Later, the palace became the summer residence of the Portuguese royal family and attracted the attention of the wealthy aristocrats who built in the district huge mansions and villas.

The famous British poet and traveller Lord Byron stopped here in the eighteenth century and wrote, that the city “maybe in all respects is the most charming in Europe,” called it “glorious Eden.” Now there are about 30 000 people, and the daily number of guests is twenty thousand more.

This is a truly unusual place, a combination of history and fantasy protected by UNESCO as a World Heritage Site. Fairy-tale palaces, incredible landscapes, outstanding museum collections are waiting for you:  Palace of Queluz – Portuguese Versailles,  Sintra National Palace –  the royal palace,  Pena Palace – the second most visited monument in Portugal, Seteais Palace – five star hotel,  Moorish Castle –  the VIII century monument, Convent of Capuchos, mythic Quinta da Regaleira, Cabo da Roca (Cape of Rock) – the most western point of Eurasia – here is an incomplete list of places that are catching up with you in Sintra.